Last week I finally succumbed to my inner voice and subscribed to Adobe’s Creative Cloud service. The service gives you access (for a monthly fee either paid upfront for the year or deducted on a monthly basis) to Adobe’s Lightroom, Lightroom Mobile and Photoshop applications. Although I had already purchased the single license for Lightroom, the subscription service became paramount after I received my birthday gift last week, a brand new MacBook Air! Now I can use Adobe’s applications between my desktop (Mac Mini) as well as my mobile devices (iPad and MacBook).

The reason I mentioned this is because my image for this week’s assignment is my virgin attempt at using Photoshop. Yes! Finally I am on board the much despised Photoshop bandwagon and I have to say, I am simply blown away! The types and levels of image manipulation possible within Photoshop are simply mind boggling! I’m sure i’ll need another lifetime to learn every one of them, but I certainly will be learning as much as I can to make the most of my photos moving forward.

Coming back to the image I shot (and edited!).My first thought was to take a shot of a rising fist which seems to be the universal symbol of striking “against” the establishment. You can do a quick image search on Google for the word Against and you’ll see numerous variations of “The Fist”. However I wasn’t too sure whether I would be able to get the lighting right and so I abandoned that perspective.

My next thought was to use props and convey the theme through action figures. I chose the scale model Batman action figure (another birthday present!) to depict Heroes against crime and shot this image with an overexposed background.

Of course the image felt a tad dull with just the action figure in focus. So I decided to spice it up a bit using my newly acquired Photoshop software. Thanks to this great video by Terry White I got a basic primer on the commonly used tools within Photoshop. I decided to use layers to add a background to my original image. Instead of scouring through my image database (I am still in the process of tagging and organising the 20k plus images) I chose an appropriate stock image from the site freeimages.

I won’t go into the specifics of what I did within Photoshop because quite frankly I was simply following instructions from Terry’s video. In a nutshell though, using layers and blending I ended up with the image that would become my submission for this week’s assignment – “Hero Against Crime” 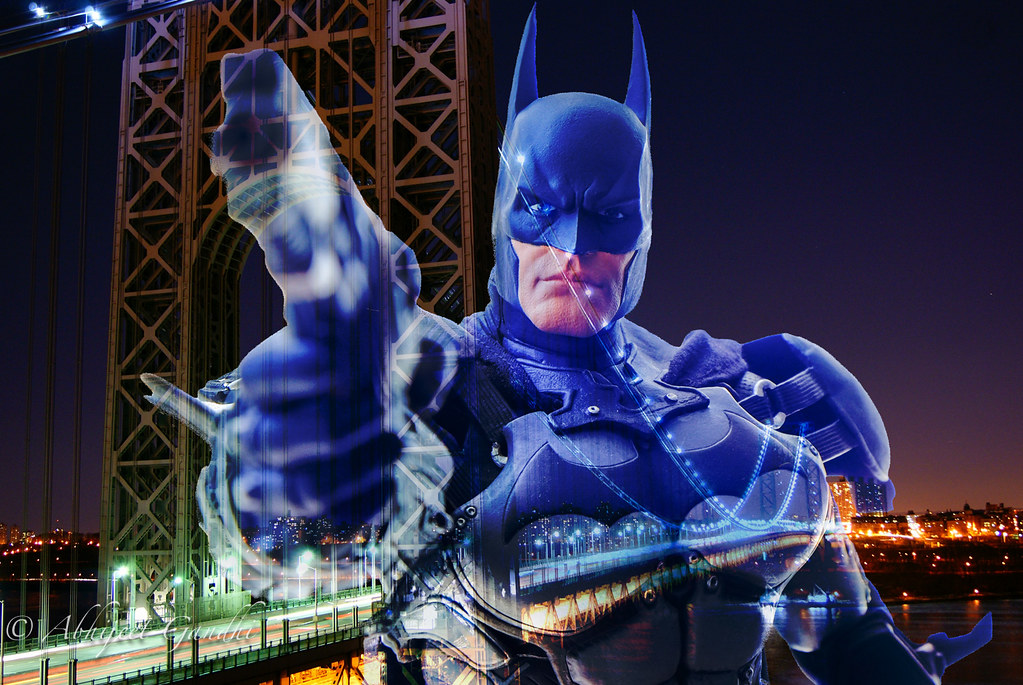 It’s not the best example of Photoshop usage since it’s my maiden attempt. But I’m certain I will leverage Photoshop to achieve some pretty unique compositions that were nearly impossible for me to attempt before.