This week’s post evoked memories of several pictures I have taken since I start wielding a camera. Few landscapes are as enticing or exciting to click than pathways. Taking pictures of trails, roads, rail lines, sidewalks and even alleys, ah the memories.

I was unable take time to take my mirrorless Fujifilm along with me on a dedicated photo walk. So I decided to make the challenge a tad more interesting with only the handphone as my tool. To be fair the handphone is an iPhone 6 Plus which is phenomenal at taking pictures that are truly awesome. But the challenge is in not having a whole lot of control on the image capture settings unlike the mirrorless. So the image capture process is more about getting the right composition with little to no control on the external conditions.

Sunday evenings are usually a tad depressing at the house since the weekend is about to end. To alleviate the glumness, the wife and I go for an evening walk in the neighbourhood park. The park is a 3.5 km (a little over 2 miles) of green trails sharing its border with the sea. The park is absolutely beautiful but during the twilight hours it is especially scenic. So I was confident I would be able to get some great shots here even with the handphone.

The first shot I attempted taking was slightly staged. With the beautiful wife playing model (yet again!) I shot this at a low angle. The intent was to portray the path that lies ahead for a fitness run. This picture looked great to both the wife and me when I clicked it and so we decided to stick with it. The only changes I did make were to crop the image to a 16:9 ratio from iPhone’ default image ratio and add a filter in the Afterlight app. 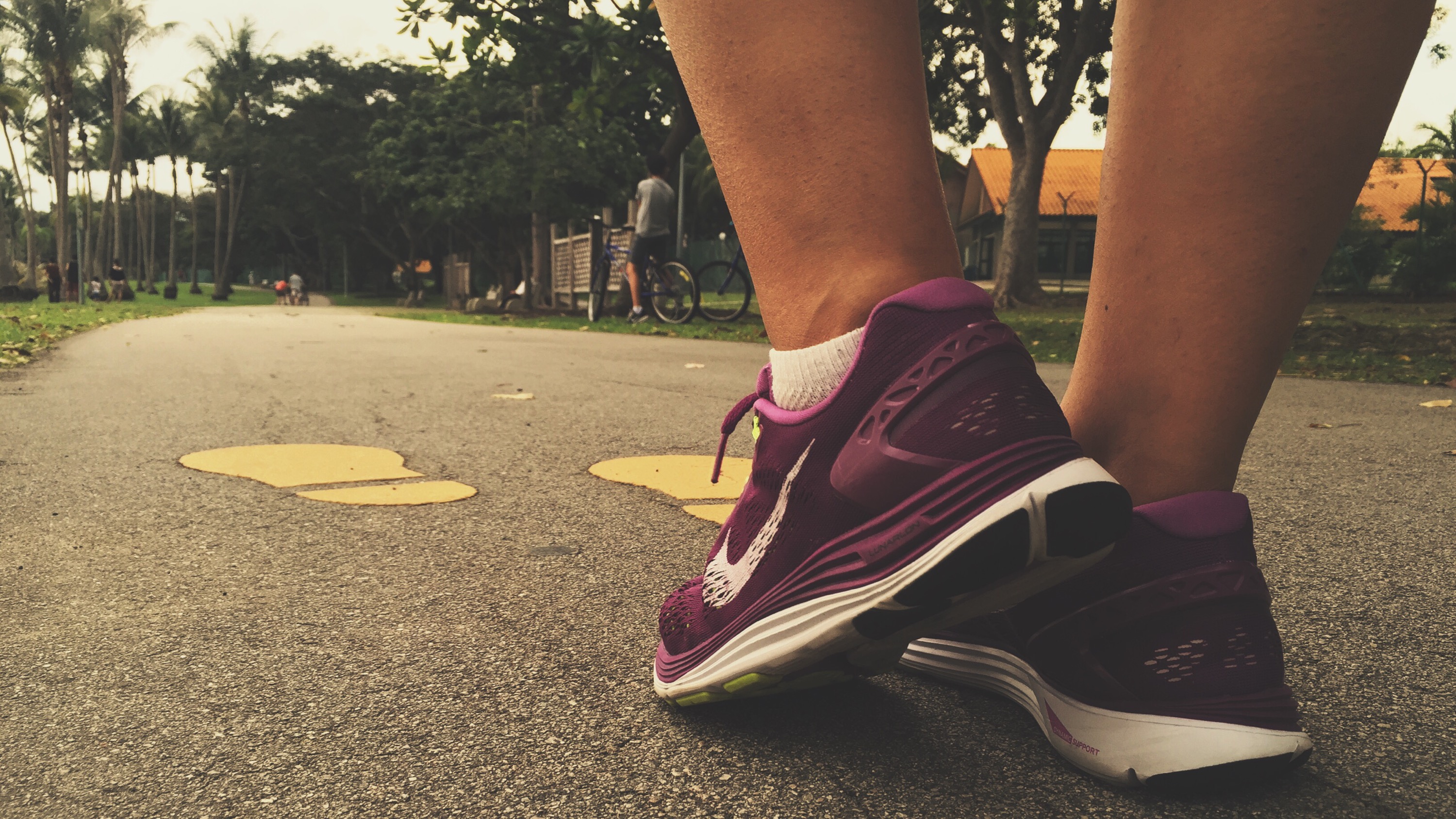 Satisfied with the image we continued with our walk and then magic, no literally! The magic hour was upon us as we walked into a section of the park lined with trees on either side. Avid photographers know that the magic or golden hour is simply the best time to take pictures. The intensity of sunlight gets diffused causing a wonderful milieu of natural light colours that simply make anything that they touch absolutely photogenic. I quickly whipped out the handphone and clicked this image. The only change I did make was to use a filter in the Afterlight app (yet again) to make the colours pop a little. And voila! The path illuminated at the golden hour.

The wife and I both realised that this was absolutely the right image for the week’s challenge and so I decided to use this one as my submission.